The automotive world is changing with a huge push towards all-electric cars and trucks. It seems daily that I read about yet another all-electric model of yet another car or truck. But what might that mean about the Off-Road ATV and UTV world? That is a question bouncing around in my head almost daily. What does this push to electric look like when it comes together with our favorite ATVs and side-by-sides. With the Polaris Ranger XP Kinetic introduction we all learn what an electric fully capable UTV does look like. Its not the only all-electric side-by-side out there, but it is the first top-of-the-line fully capable all-electric model from a major manufacturer of ATVs and side-by-sides.

The at-the-time no name Polaris Ranger XP Kinetic has been in public view now for almost a year, since Polaris first released a teaser video. Then there were more teaser videos, then we were able to see a prototype of the Ranger XP Kinetic in action back in September at the Polaris media introduction, though we had to sign away the rights to our children in order to see it. At the time, I must admit that it was cool but not the cool! The reason for that was that it did everything I had come to expect from a flagship Ranger only it did it silently. In retrospect, that says a lot about the new all-electric Ranger flagship. It does everything its gas-powered brothers and sisters are capable of, and that says a lot about what is possible. The Ranger XP Kinetic also has power and torque numbers not even close to current gas powered models making it at times even more capable. 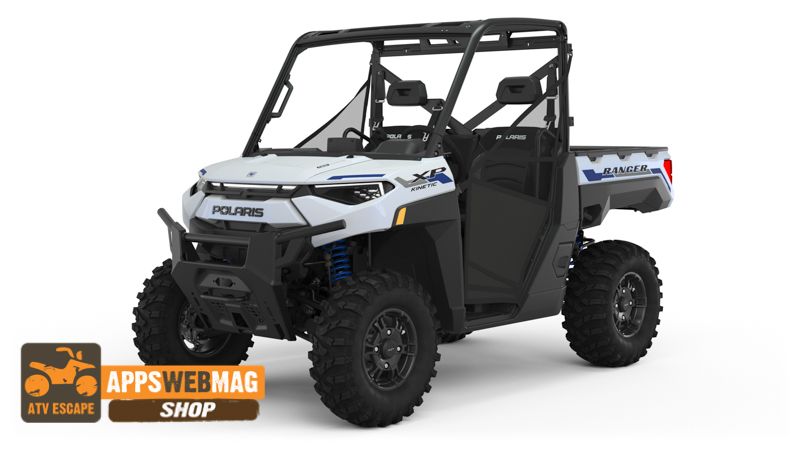 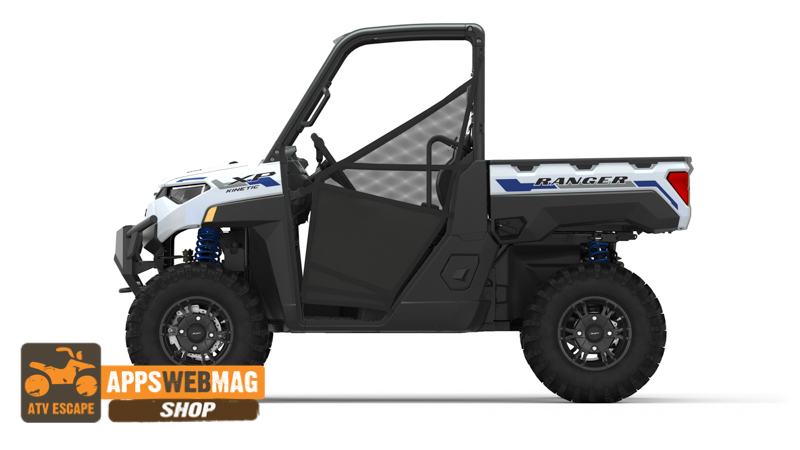 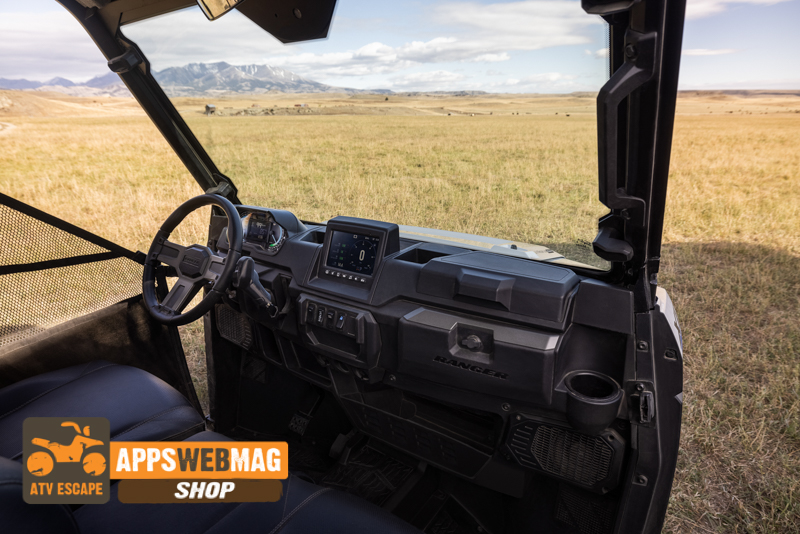 Diving into the “electrics” gives us some other items we are not used to seeing in a UTV. The Ranger XP Kinetic is bathed in two trim levels: Premium and Ultimate. The Premium trim comes with 14.9 KW of lithium-ion battery capacity with an estimated range of 45 miles. Ultimate trim comes with 29.8 KW of battery capacity for an estimated range of 80 miles. It goes without saying but I will say it any way, the mileage depends on the kind of driving being done. The Ranger XP Kinetic comes with a 1-year warranty, 3-year powertrain warranty, and 5-year battery warranty. In addition there are three drive modes including Eco+ for maximum range and light duty jobs, Standard for normal driving and medium duty jobs, and Sport for “spirited” driving and tough jobs. The shifter includes high, low, neutral, park, and an integrated switch to go from forward to reverse. The instrument cluster is specific to the Ranger XP Kinetic with the battery status, ranger, and charging status loud and proud right there on the screen. A seven-inch RIDE COMMAND screen is standard and helps connect the driver to the Ranger including vehicle diagnostics, range, and of course GPS capability. Charging the Ranger XP Kinetic takes about 5 hours to go from empty to full with the 3KW charging rate from the Premium trim and 6KW rate for the Ultimate Trim. Add the available accessory charging system and you can double those rates. You can charge from a 120V or up to 4-times faster 240V outlet. 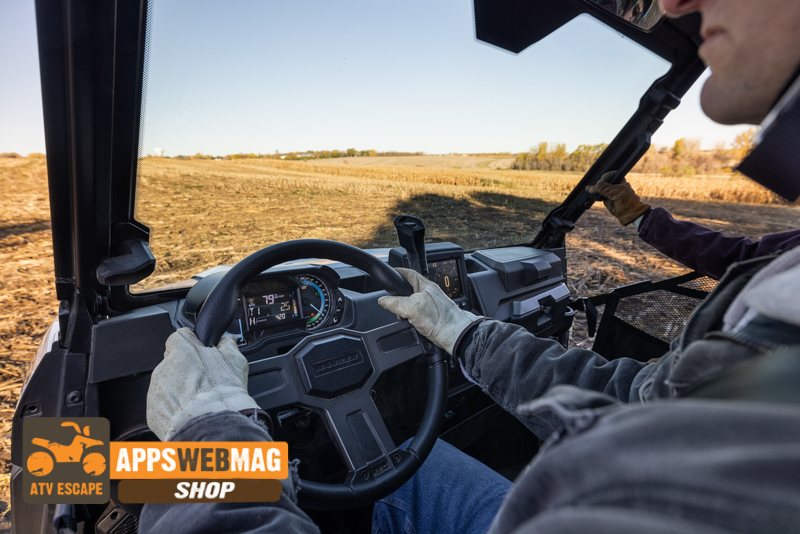 Today feels a bit like a new direction in the ATV and UTV industry. With a fully-capable uncompromising Ranger XP Kinetic available from a major manufacturer, we can begin to see what might be possible in the years ahead. Make no mistake that there are a lot of questions of how electric fits into the ATV and UTV off-road world, now we can begin to answer those questions moving forward. I do believe that the Ranger XP Kinetic will fit the needs of a customer out there beyond just the flash of having an electric vehicle. More information will be coming out about this vehicle shortly, and we will bring that to you.